Disclosure: This article may contain affiliate links. If you buy a product through our link we will get commission for it.

Diwali, the festival of lights, enjoyment and happiness is celebrated every year with extreme joy and enthusiasm in India. We celebrate the festival by worshipping goddess Lakshmi and decorating our houses, by making sweets and snacks at our homes and by enlightening the fire crackers. 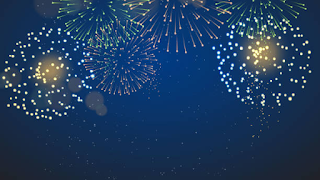 Diwali is celebrated because on that day Lord Rama returned to Ayodhya after completion of 14 years of vanvash (to remain in forest). Whole India is brightened with diyas and lamps to welcome Lord Rama. However, it is a festival of Happiness and enjoyment but still we need to celebrate what is known as “eco-friendly Diwali''.

Eco-friendly Diwali means celebrating the festival in such a way which serves two fold purpose:

Various small anthropogenic activities are responsible for harming the environment along with the major industrial activities. For having a safe and healthy environment, we need to take care of each and every small contribution of ours. No doubt, festivals are a means of spreading happiness but we should take care of everything.

During Diwali, there are two dominant issues faced by the environment- air pollution and noise pollution. Already during winter, the Capital of India Delhi is suffering from the pollution problem. Delhi becomes a gas chamber during the months of winter. The firecrackers add up to the issue and make it more severe and problematic. 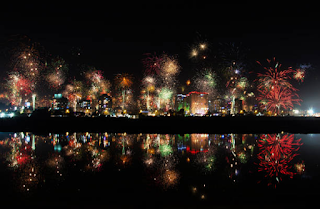 Burning the fire crackers releases harmful smoke which contains carbon monoxide, ozone, sulphur dioxide and oxides of nitrogen. Also it releases certain particulate matters along with some heavy metals in the atmosphere. Each and every thing released has a certain impact on the environment and human health.

Carbon monoxide has 200 times more affinity than oxygen to bind with haemoglobin. It binds with haemoglobin and forms carboxyhemoglobin, COHb. Because of this, the oxygen carrying capacity of the blood decreases. Also because of such strong affinity even low concentration of CO is harmful.

Also CO being one of the greenhouse gases is responsible for rising the Earth’s temperature. This leads to the problem of climate change and global warming. Both phenomena are having serious consequences.

To know the difference between climate change and global warming : click here

According to the EPA, the ozone we breathe contracts the muscle of the air tract thereby reducing the amount of air that can be taken. It causes shortness of breath, pain during breathing, chest pain, coughing, lung disease such as Asthma and many more.

It also affects several sensible plants and ecosystems. It exposes the plants to harmful things such as diseases, insects and it also reduces the plant growth as well as affects the process of photosynthesis. Ecosystems face the threats of loss of biodiversity, changes in the biogeochemical cycles.

To understand the harmful effects of air pollution on human health: click here

Besides humans, SO2 can also pose threats to the flora. Acid rain damages the plant growth and also imbalances the pH of the plant. It harms certain cells and tissues and also the leaves of the plants collapse. The bleaching of plant leaves takes place.

Also acid rain causes damage to the infrastructure made up of CaCO3 composition such as limestone and marble. Such rocks start reacting with the sulphur compound and start losing the vitreous properties.

When nitrogen dioxide reacts with other oxides of nitrogen it can form particulate matter and ozone. Both of them being an air pollutant. Besides these, it is also responsible for the formation of HNO3. Nitric acid is a minor component of acid rain. Also NO2 is the main component of photochemical smog.

The finer the particle, more harmful it is. Finer particles on inhaling can go deep into the lungs and ultimately into the bloodstream. It can severely affect the heart and lungs. It can cause premature death, non fatal heart attacks, irregular heartbeat etc.

Such particulate matters can be carried easily with winds and may settle into water resources making the water acidic. It may also destroy biodiversity. It can create imbalance in nutrient cycles within the soil. 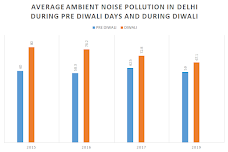 Noise pollution is an invisible enemy but is quite dangerous. It is any undesired loud volume from any activity. Noise is measured in decibels. Any noise above 85 decibels is considered as harmful. 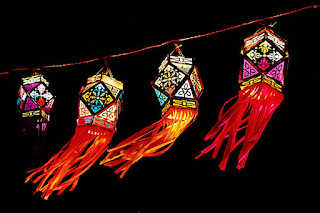 It can induce hearing loss and stress. Due to the stress, the individual gets disturbance in his work and also it affects his mental health. Concentration power of the person decreases. People may suffer high blood pressure and heart disease.

It also affects other wildlife. Animals use their voice for navigating, attracting mate, escape from enemies and also for finding food. However, because of noise pollution such activities of fauna gets disturbed which affects their lives. It can also affect the breeding cycle which may lead to extinction of certain species.

Another small but important issue is the land or soil pollution. The burned remains of the fire crackers gets accumulated within the soil. Such a material being non biodegradable remains within the soil for many years. It contains toxic chemicals which may contaminate the soil and affect the soil ecosystem. It may lead to soil ecotoxicology.

As the material is non biodegradable, it remains as it is for years. During the rainy season through the process of leaching the toxic chemicals from such fragments may carried within the surface water streams which ultimately is used for fulfilling water demand. Also by the process of infiltration and percolation such toxic water may enter the groundwater aquifers.

Also during the festivals the quantity of solid waste gets increased. This solid waste makes it path towards the landfill or ocean dumps. These increases the load on landfill sites. Also sometimes the garbage remains within the soil. If plastic bags are thrown or for that matter if any non biodegradable material is thrown within the soil, it causes harm to the soil ecosystem.

Also the raw materials required for fire crackers is mined from the soil. There are certain environmental impacts of mining. Landscape degradation for the excavation of raw material is one of the major impact.

The other major impact of mining is the Deforestation. It is an important factor because it affects several other things such as it is responsible for habitat loss of various animals leading to their loss. Also it affects the local hydrogeologic conditions. 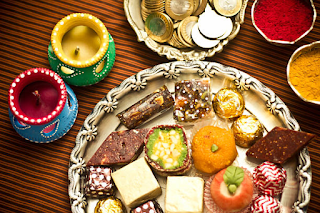 Some suggestions we are providing to minimize our contribution towards mistreating the environment. These suggestions will help you celebrate eco-friendly diwali.

Grab a Diwali chocolate cracker gift box for your loved ones.

Along with air pollution firecrackers are also responsible for creating noise pollution. The burned remains of the crackers which may contain toxin falls on the ground and remain as it is spreading the contamination within the soil. Also for the production of firecrackers, the raw material which is required is extracted through mining thereby causing deforestation and landscape degradation.

Get a  beautiful pair of Ganpati and Laxmi idols for Diwali puja.

We can use eco-friendly diyas made up of clays that are without any colours or dyes. Such chemicals may cause harm to the environment. Also we should avoid plastic diyas, as they are non biodegradable. Thus we should use biodegradable material such as clay.

Get a Set of 24 handmade mitti diya for Diwali Puja.

During Diwali we wish to give your house a new look and therefore we apply paints on the walls. But do you know paints are also causing harm to the environment as well as the people residing there. Paints emit volatile organic compounds (VOCs) which in turn are responsible for formation of ozone and  peroxyacetyl nitrate. The VOCs are responsible for indoor air quality and also contribute to urban smog pollution. Therefore, we should try to use paints which involve low emissions to protect ourselves and also the environment.

For giving gifts instead of plastic bags you can use paper bags. Also for wrapping the gift, we can use a decorated paper. The gift should also be eco-friendly like we can give certain plants or organic products.

Get the best Eco Friendly Gifts Cane Handbag for Women at reasonable price.

Thus, to avoid such a problem we should donate reusable things instead of just throwing it into the landfill sites. Also donating will bring a smile on the face of a poor person who is deprived of happiness during festivals. To avoid generating more waste we need to shop less.

So dear readers next time when you celebrate Diwali, lets make it more wonderful but less harmful. Happy and safe Diwali to all of you.