Home Layers of the earth What are the mysteries in the layers of Earth?

What are the mysteries in the layers of Earth?

Disclosure: This post may contain affiliate links, which means we may receive a commission if you click a link and purchase something that we recommended.

The Earth’s interior is as fascinating and mysterious as the universe. There are lots of facts that need to be revealed, lots of knowledge has to be updated about the Earth’s interior. Broadly speaking there are three layers of Earth. 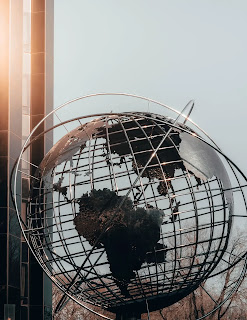 The crust, the mantle and the core are the three broad layers of the Earth. Furthermore, the core is subdivided into outer core and inner core. Similarly, the mantle is subdivided into upper mantle and the lower mantle.
Each and every layer of the earth is different from another. Each layer has its unique physical and chemical properties. Each layer has a different story to tell.

Let’s start with the crust:)

The crust is the layer where we the Homo sapiens are residing. It is the outermost, solid and rigid part of the lithosphere.

Confusion exists between the crust and lithosphere. Lithosphere is the combination of crust and the low velocity zone. And so the crust is the uppermost portion of the lithosphere.

There are two types of crust: continental crust and oceanic crust. Both the types of crust vary greatly in thickness and the chemical composition.

Seismic waves have been a great help in determining the thickness and chemical composition of the layers of the earth.  Before entering into the details of the layers certain things need to be clarified:

We take the measurement of velocity of the seismic waves.

The velocity of the seismic waves depends on the density of the medium, passing through.

The velocity of the waves will increase with the denser medium and vice versa.

The layer is well sampled.

Because of the samples we are able to determine the geochemical and thermodynamical aspects. Thus, the pressure-temperature conditions are determined from the rock samples.

The composition of the upper continental crust has “GRANODIORITE”. The following reasons supports the granodiorite composition:

The gravity data is one of the most supporting evidence.

The granitic plutons have the density of about 2.67 tons/m3 whereas the average density of the crust is 0.1-0.15 times more than the granites. Thus there is something more. The gap in the density value is filled by the diorite.

The lower continental crust is having the same composition as oceanic crust i.e. it is basaltic. 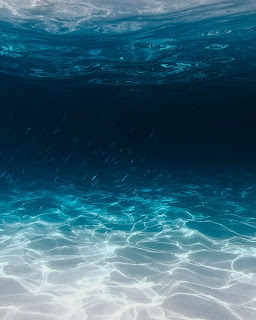 The oceanic crust is divided into three layers. Layer 1 of oceanic crust consists of terrigenous sediments derived from the erosion and weathering of the landscape. 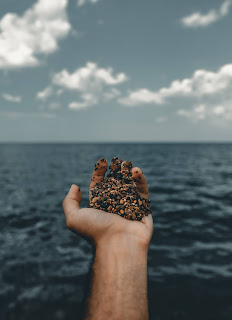 Layer 2 of oceanic crust is dominantly consisting of basalts i.e a volcanic igneous rock. Basalts contain magnetic minerals such as magnetite within it.

Such magnetic minerals serve as means to know about the ambient magnetic field at the time of consolidation of minerals. Thus we can get ideas about palaeomagnetism.

Layer 3 of oceanic crust is dominated by a plutonic igneous rock known as gabbro.

At the base of the crust, there is a predominant discontinuity which is known as Mohorovicic discontinuity. It occurs at somewhere around 100 km. Continuity of Mohorovicic gives a clue that the Earth can have a uniform layered model. The layer is characterised by ultramafic composition.

The top of the mantle is marked by a semi-solid discontinuity known as the Asthenosphere. It is also known as a low velocity zone because there is reduction in the velocity of P waves.

The layer is characterized by: low velocity of seismic waves, high energy attenuation and high electrical conductivity. Such a layer also has presence of water which is obtained from the breakdown of hydrous minerals such as amphibolites. The discontinuity is characterized by eclogite facies rocks.

The mantle is divided into upper and lower mantle. The Mantle of the Earth's interior is characterized by ferromagnesian rich composition.

The lower mantle of the earth's crust is uniform and consists of perovskite structure. The homogenous nature of the lower mantle can be understood with the smooth increase in the wave velocity.

Lower mantle forms 70% mass of the solid Earth and almost 50% of the entire Earth. The lowest part of the lower mantle is characterized by decrease in seismic velocity, which is probably related to an increased temperature gradient above the mantle-core boundary. Ultra-low velocity zones, which show a 10% or greater reduction in both P and S wave velocities relative to the surrounding mantle, have been interpreted to reflect the presence of partially molten material.

The core, a spheroid with a mean radius of 3480 km, occurs at a depth of 2891 km and occupies the center of the Earth. The core–mantle boundary (Gutenberg discontinuity) generates strong seismic reflections  and thus probably represents a compositional interface.

The outer core, at a depth of 2891–5150 km, does not transmit S waves and so must be fluid. This is confirmed by the generation of the geomagnetic field in this region by dynamic processes and by the long period variations observed in the geomagnetic field. A fluid state is also indicated by the response of the Earth to the gravitational attraction of the Sun and Moon.

The boundary between the outer core and inner core at 5150 km depth is sharp, and not represented by any form of transition zone. The inner core is believed to be solid for several reasons. Certain oscillations of the Earth, produced by very large earthquakes, can only be explained by a solid inner core. A seismic phase has been recognized that travels to and from the inner core as a P wave, but traverses the inner core as an S wave. The amplitude of a phase reflected off the inner core also suggests that it must have a finite rigidity and thus be a solid.

The core of the Earth is dominated by NiFe composition i.e. Nickel and Iron.