Science keeda11 June 18, 2020
Wastewater treatment processes are becoming a prerequisite procedure nowadays, as the world is suffering from the problem of available water resources. Today we are facing the problem of shortage of water because of water pollution.
Trash from household activities and industrial waste are often released into the streams. Such waste is not only harmful for aquatic life but is also harmful for human settlement. 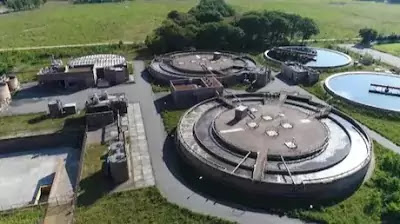 Decentralized system is also known as an on-site system. It includes septic tanks, biofilters and aerobic treatment systems. Of them, septic tanks are widely in use.

The sewage collected is initially brought into the settling tank. Settling tank allows the solid and dense materials to settle down. Bacteria start playing their role here and they decompose the organic solid matter 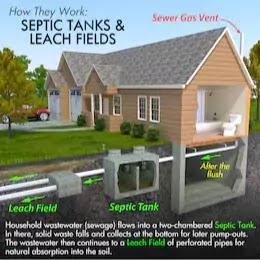 The effluent or remaining liquid now contains dissolved organic matter and some pathogens. Such pathogens are responsible for causing diseases and so they are harmful for human health. The dissolved organic matter serves as a source of nourishment for these bacterias.
The effluent is then allowed to pass through the distributor box into various porous pipes.
The pipes are porous in nature so that the effluent gets released in the soil of the leaching or adsorption field. In the soil, the process of aerobic respiration takes place. If the soil is fine grained it is capable of filtering out large pathogens and remaining fine suspended particles.
However, in septic tanks the main issue is Nitrate. As nitrate is not absorbed by the soil and plants. Also there are many  criterias that need to be fulfilled.

It is also known as a centralized system or sewage treatment plant. It incorporates physical, chemical and biological processes for the treatment of wastewater. 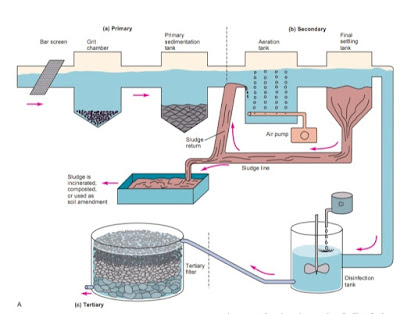 Primary treatment is simply the physical processing of the sewage. It is a composite of bar screen, grit chamber and settling tank.
Initially, the sewage is allowed to pass through bar screens. Bar screens filter out the macro particles such as inorganic trash and also some fine sediments. The solid waste disposal can be done either in landfill or through burning the waste. The size of the screen can vary depending on the size of material to be collected.
Then the wastewater approaches the grit chamber. In the grit chamber, the flow is hampered so that sand and gravels get settled down.
There are three types of grit chamber.
Again the vortex grit chamber can be mechanically induced, moved by liquid and multi tray vortex separators.
Abolition of grit is vital to prevent the abrasion of equipment and to minimize the heavy deposits in the aeration tank.
Then the effluent is allowed to pass through the sedimentation tanks. The suspended solids and organic and inorganic trash is allowed to settle down. Fats and grease needs to be skimmed in the primary treatment stage only. If industrial waste like certain acids or alkalis are present, it needs to be neutralized.
Such tanks may sometimes contain mechanically working scrapers for the sludge treatment. The sludge is collected at the base of the tank and is allowed to pump for sludge treatment facilities.

Secondary treatment stage involves biological action. The primarily treated wastewater is passed through an aeration tank. The aeration tank acts like oxidation ponds.
The effluent is aerated for the bacteria and fungi to work on it. Bacteria and fungi are capable of breaking down the dissolved and suspended solids. Such organisms form a flock. 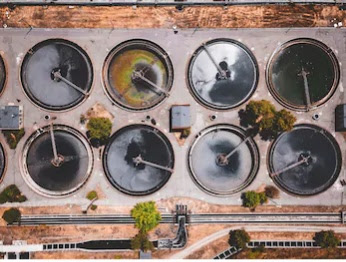 The effluent is now allowed to enter the final settling tank. Here the solids along with bacterias and fungi settle down. Such material is semi solid known as sludge.
The sludge is collected and used again in the aeration process. It is known as an activated sludge process. The remaining sludge undergoes anaerobic respiration which gives out gases like carbon dioxide, methane, hydrogen sulphide and biogas.
Sometimes, the water treatment is done by the process of chlorination. Chlorination can have harmful effects. It can form chlorinated hydrocarbons like chloroform or can have some carcinogens.

The stage is also referred to as an effluent polishing stage. The stage can vary depending upon the contaminant present and the motive. The tertiary wastewater treatment process steps may include filtration, passage through activated charcoal, chlorination and various chemical treatment of water.
The purpose of the tertiary stage is to pull out the remaining inorganic compounds. Also the harmful bacteria and viruses are also removed.

Some tertiary wastewater treatment process steps are mentioned below: 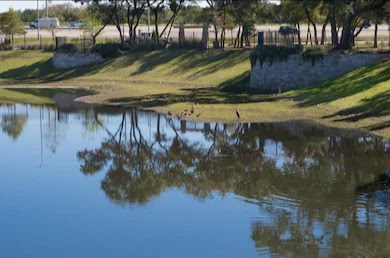 Removal of nitrate from the water and fixing the nitrogen in the atmosphere is carried out through various processes. The most usable mechanism is the activated sludge process.

Wastewater can be treated for its usability as drinking water. The technique for the conversion of wastewater into drinking water varies with the type and the concentration of contaminant present.
The process can be as simple as above mentioned. The wastewater may transform into drinkable water by the primary treatment, secondary treatment and sometimes tertiary or advanced treatment.
But sometimes the process can be more complex. The advanced treatments need to be done. Also advanced equipment with higher efficiency is required. The advanced treatments include micro filtration, reverse osmosis, filtration through U.V rays and storage in groundwater or surface water reservoirs.

Reverse osmosis is the process of purifying water by passing the water through a membrane. The wastewater is pressurized and is passed through the membrane. It is helpful in abolishing the bacteria, viruses and other pathogens.
However reverse osmosis also filters out the needed micro nutrients. Such micro nutrients are essential for the human body. Also wastage of water is more in the R.O system. Nowadays, R.O with zero wastage are used.But again such a process has an effect on the life of the R.O system.

The final step is storing the water in the groundwater or surface water reservoirs. The process may take upto six months.
Finally, after getting recycled the water is treated according to the standard norms and is ready to use as potable water.

Thus, wastewater treatment is now inevitable. However, there can be some adverse effects which are unknown today. But for now to solve the water crisis, this is to be implemented.